Plants of the African Diaspora

Plants of the African Diaspora 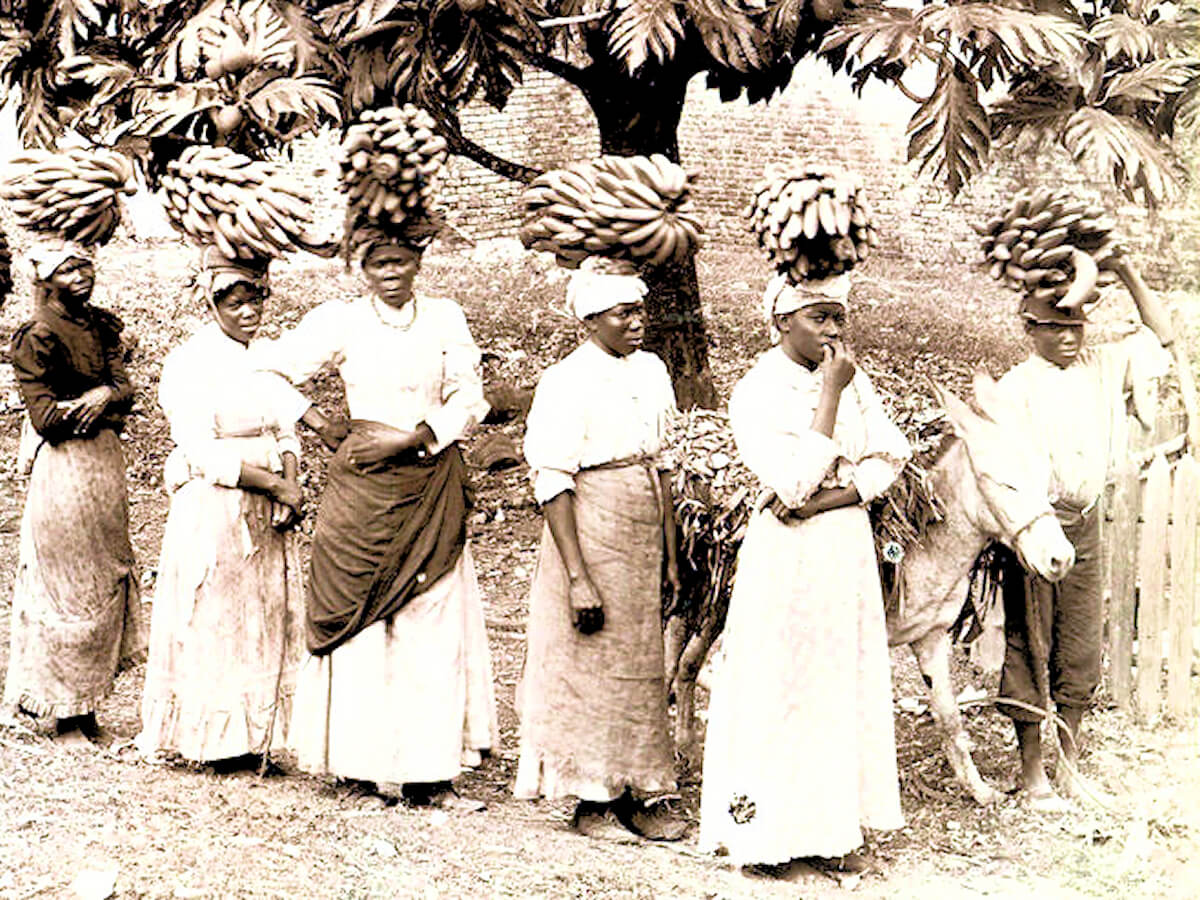 Some of the stories about the most massive forced migration in history are hard to come by. Contrary to popular belief, there was a great variety in how Africans experienced human trafficking and the ingenious ways that they developed to survive the inhumane conditions. After decades of research on the African Diaspora I recently came to understand slavery from a totally new perspective, learning the botanical story of slavery and the plants that were brought to the New World by Africans and their captors from the incredible book, In The Shadow of Slavery: Africa’s Botanical Legacy in the Atlantic World.

Here are two plants whose stories demonstrate how the true wisdom of Africa has traveled the world. That these stories are mostly unknown, shows us that more must be done to decolonize our educational system and the academic research that feeds it.

The first bananas came from Asia. They were brought to Africa thousands of years ago in what is known as the Monsoon Trade. The Africans used their farming skills to domesticate and improve the plant, and it became a staple food in many parts of the continent. When Europeans arrived in Africa, they found the banana and the closely related plantain, to be excellent sources of food for the long and difficult passage to the Americas. Upon arrival in the tropics, the two plants were critical food sources for keeping alive the multitudes of new inhabitants that the slave trade brought over. Some slave boats carried tons of banana and plantain offshoots to be planted wherever the slaves they carried were sold. Many of those slaves had been farmers and their knowledge fed the agricultural passage of the banana to the New World. Although the first banana plantations were farmed by slaves for their own food, the industry has grown into a post-colonial giant. Ironically, many descendants of those same Africans work in the Banana plantations of Latin America and the Caribbean. In these areas the plantations are often the only source of sustainable employment. Working in these plantations includes harsh physical labor and being exposed to agricultural chemicals on the skin and in the air.

When the Europeans arrived in Africa, each community they encountered was using a traditional system for staying well. Medicinal plants and disease prevention were part of daily life for all people. Each community would also have a person or people who were specifically skilled at healing as their “job” in the tribe. For those who were captured and forced to survive the harsh conditions of their new home, medicine plant knowledge helped to keep them alive. An important plant for that purpose was the Cola Nut, which was used on the slave ships to keep the drinking/cooking water from spoiling over the long journey. As some Africans shared this wisdom with their captors, others hid the plant on their body. Fortunately, it was a common spiritual amulet at the time and so many Africans were successful in planting the tree on arrival in the New World.

A local Afro-Costa Rican man, Wilfred Cornwall, was taught the art of healing with plants from his grandmother. We can assume she inherited this healing tradition from her African descendants, who also passed down to her the Cola Nut and other African medicinal plants that she grew in her garden. She, like her ancestors that were brought to the Caribbean as slaves, relied on these medicinal plants for survival in unsanitary conditions and frequent starvation. Wilfred’s grandmother taught him that the Cola Nut was called Bissy, a name brought directly from Africa. He did not know that this was the same plant used to make Coca Cola, whose original recipe included the powerful African extract among other medicinal plants.

A top Costa Rican ethnobotanist, Rafael Ocampo, has been studying Afro-Costa Rican medicinal plant use for decades. His strategy for public health is the maintenance of the home garden. The tradition of growing important medicinal plants near the home has kept African descendants in the Americas alive since slavery. Urbanization, cultural assimilation and local regulations have decreased the use of a home garden as a wellness tool, separating people from the plants that keep them healthy. Modern diseases that are common in Afro-America such as diabetes, heart failure, cancer and even mental health disorders, would have been treated by the home garden in the days of Wilfred’s grandmother.

There is a growing international movement to ensure the rights of the descendants of the millions of Africans that were stolen during the slave trade. These rights include the right to health and livelihood. In support of this movement, we need more research and books like In The Shadow of Slavery, which help to understand and honor the role of African wisdom in the survival of the people of the African Diaspora. In the case of the public health system, justice would include health care options that reflect ancestral traditions such as access to gardens, medicinal plants and information about how to use them, access to ritual and African-based spiritual practices and the right to make an informed choice between drinking a Bissy tea or a Coca Cola.